December 8, 2011 | Admin | Technology Information |
It’s official: More people are spending more time on Facebook. Chances are, as a business owner, you should be, too. 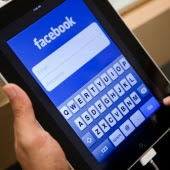 If you needed another reason to think about your business’s Facebook strategy, consider this: U.S. web surfers spent more time on the social networking site than on Google sites in August, online tracking firm comScorereported last week. It’s the first time the world’s most popular social network has surpassed the search engine giant.
Americans spent a total of 413 million minutes on the Internet during the month. About 10 percent of that time, or 41.1 million minutes, was spent on Facebook, comScore said.
A total of 39.7 million minutes were spent on Google sites, which include the Google search page, YouTube, Google News, Gmail and others. Yahoo! sites came in third, grabbing 37.7 million minutes of surfers’ time.
In July, U.S. web users spent 40.5 million minutes on Google sites, 39.9 million minutes on Facebook and 38.7 million minutes on Yahoo! properties, comScore said.
Just a year ago, in August 2009, Yahoo! was tops with 41.7 million minutes, followed by Google sites, with 34.0 million minutes. Facebook came in a distant third, with 16.8 million minutes.
“Facebook continues to grow its user base and grow engagement among its users,”Andrew Lipsman, comScore’s senior director of industry analysis, wrote in a report released Friday. “A year ago Facebook accounted for less than 5 percent of overall time spent online in the U.S. and today it accounts for 10 percent…. This continued growth presents more opportunity for advertising now, and also more potential to engage its network for new revenue possibilities in the future.”
Facebook announced in July that it had signed up its 500 millionth member. In March, the site topped Google for the first time to win the title of most visited in the U.S. At the time, major brands already were beginning to shift their online ad dollars from Google to Facebook.
Google can target ads based on keywords and personal search history, but Facebook’s ads in the margins – for which there’s no minimum budget – are ultra-refined, zeroing in on users based on age, geography, interests, education level, connections and a range of other data.
“Advertisers looking to target a specific audience can’t do much better than Facebook,” observed TheStreet.com.